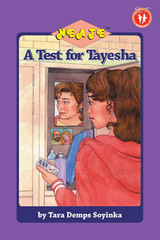 NEATE Book 5: A Test For Tayesha